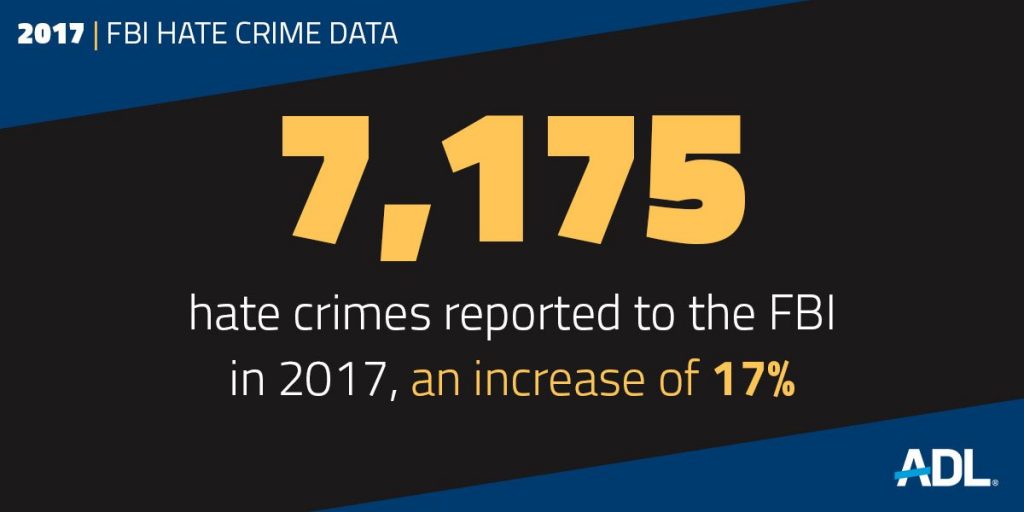 The Anti-Defamation League Mountain States Region expressed concern that, for the third year in a row, the FBI’s annual hate crime report documents an increase in hate crimes nationwide. Hate crimes in the U.S. jumped 17 percent in 2017 with a 37 percent spike in crimes targeting Jews and Jewish institutions, according to the report released on Tuesday. Regionally, both Colorado and Wyoming experienced slight increases in reported hate crimes while New Mexico saw a decrease.

In its annual Hate Crime Statistics Act (HCSA) report, the FBI said there were 7,175 hate crimes in the United States in 2017. The 17 percent jump was three times more than the 5 percent increase the agency reported in 2016. 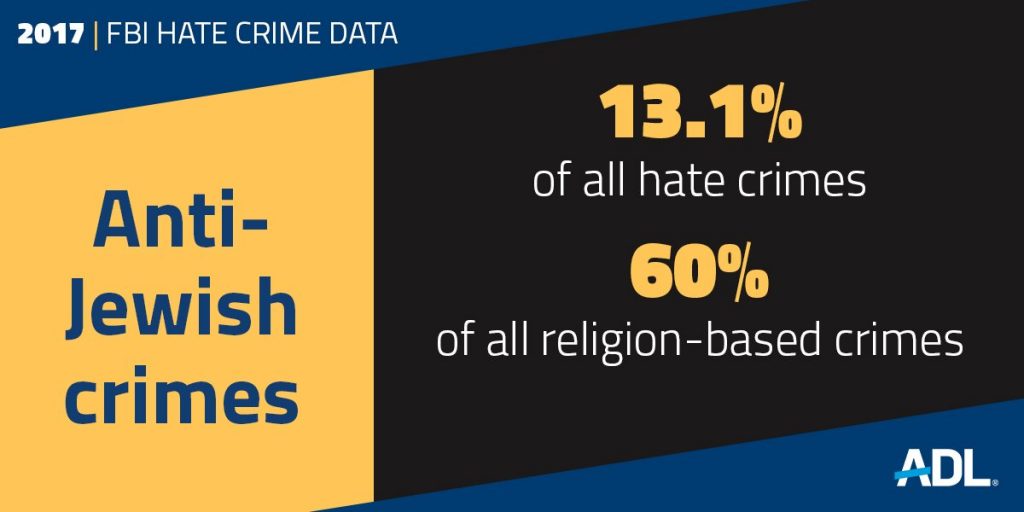 “Two weeks ago, we witnessed the deadliest anti-Semitic hate crime in American history. Today, we have another FBI study showing the number of hate crimes against Jews and Jewish institutions in Colorado more than doubled last year,” said ADL Mountain States Regional Director Scott L. Levin. “Words have consequences. We need responsible leaders of all backgrounds to step forward and clearly denounce anti-Semitism, bigotry and hate whenever it occurs.”

ADL believes the FBI statistics may not tell the whole story since many hate crimes go unreported. Victims often do not report due to fears of revictimization, distrust of government or law enforcement, and immigration status. 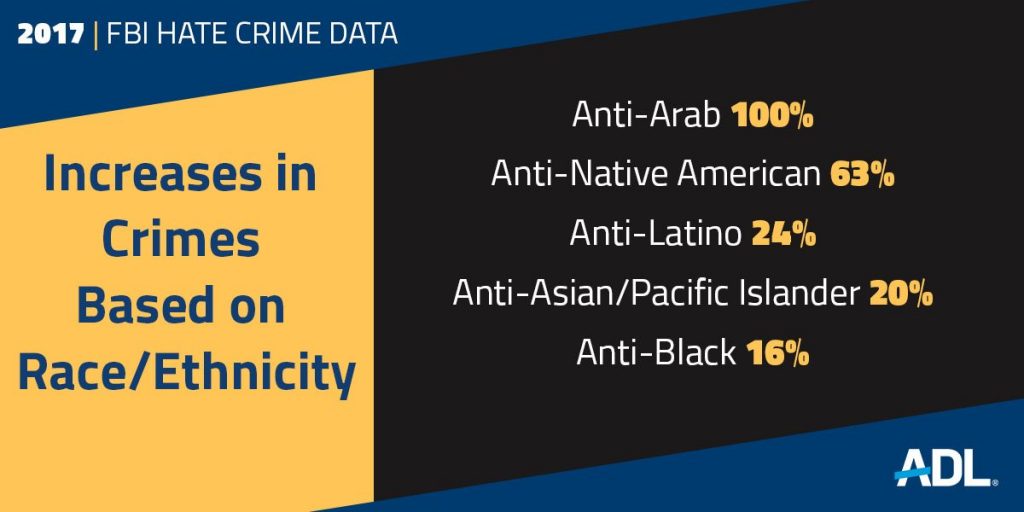 In addition, ADL remains concerned that there is a gap in reporting in its Mountain States Region. Four Colorado cities, as well as one New Mexico city, with populations exceeding 100,000 people either did not report any data to the FBI or affirmatively reported zero hate crimes. Those cities are Fort Collins, Lakewood, Thornton and Westminster, Colorado, and Las Cruces, New Mexico. ADL is working with local law enforcement agencies to ensure that credible data is being reported to better understand how widespread hate crimes are and what needs to be done to address bias in the Mountain States Region.

ADL has updated its interactive hate crime map with the latest FBI data. The map includes links to every hate crime law on the books in the U.S. and FBI hate crime data from 2004-2017 for states and cities with more than 100,000 residents. It gives users the ability to navigate hate crimes data and laws at the national, statewide and city level, and breaks out information on crimes against a broad spectrum of targeted populations.

ADL’s own annual Audit of Anti-Semitic Incidents for 2017, which includes both criminal and non-criminal acts, found that anti-Semitic incidents rose 57 percent in 2017 nationwide, the largest single year increase on record and the second highest reported since ADL started to keep track in 1979. There was a 34 percent increase in Colorado, New Mexico and Wyoming from 2016 to 2017.