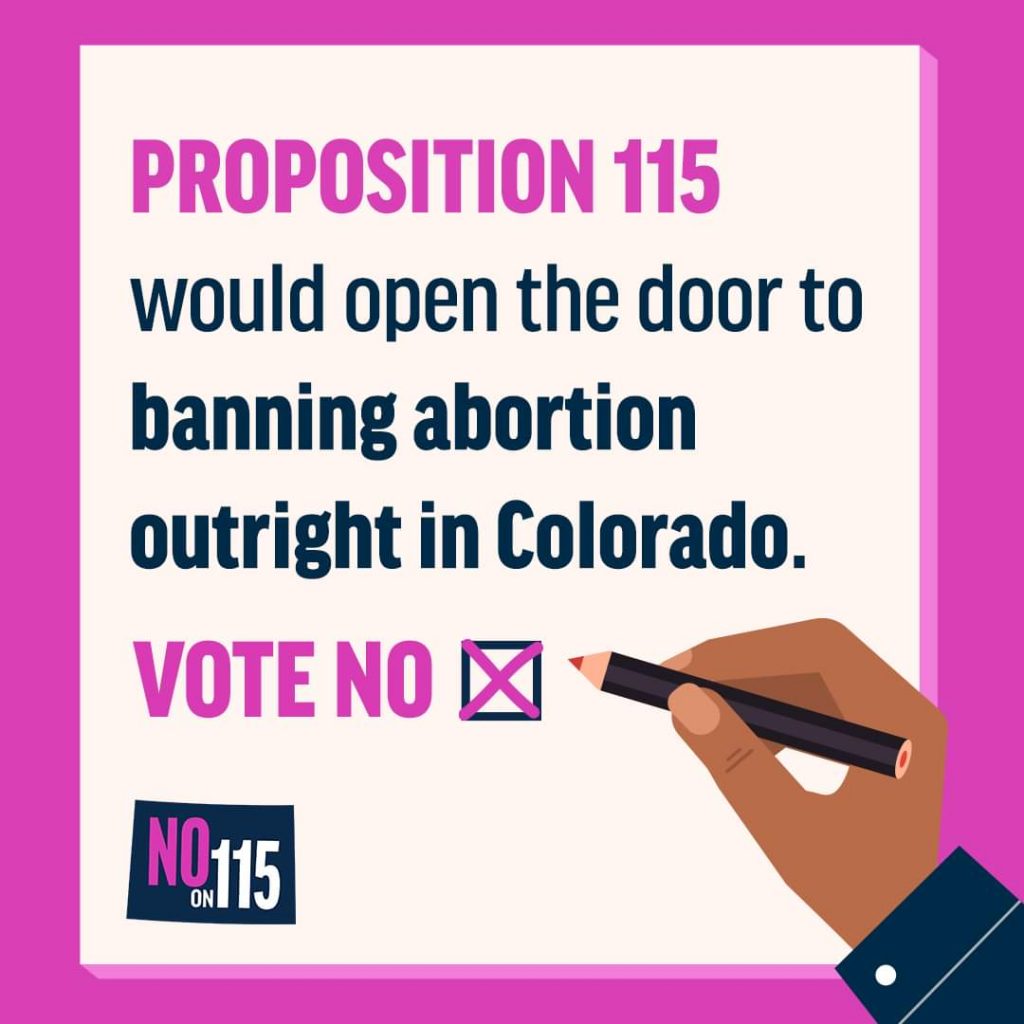 Colorado voters this November will make decisions on nearly a dozen proposed changes to the state’s laws and constitution. One of those ballot measures is Proposition 115 that would ban and criminalize abortion later in pregnancy.

Proposition 115 is a citizen initiative that would change state law, not the constitution, to ban abortions after 22 weeks. It contains an exception for the life of the mother and allows the removal of a fetus after a miscarriage. However, the exception for the health of the mother is partial and not fully defined. Additionally, the measure does not allow abortion in cases of rape and when the doctor determines the fetus will not survive for long after birth.

ADL believes reproductive rights are civil rights and that abortion bans undermine equality for women. ADL has opposed other abortion bans introduced across the country, especially in the last couple of years. Abortion bans send a resounding and unequivocal message to women across the country: that they are not full and equal participants in our society; that legislatures and some advocacy groups are prepared to impose their religious beliefs on everyone; and that women are not entitled to have autonomy over their own bodies.

In addition to Proposition 115, Colorado voters will weigh in on three measures referred by state lawmakers, six additional proposals from citizen groups and one effort to repeal a recently passed state law. For a synopsis of these statewide ballot measure, check out a helpful summary on Colorado Public Radio’s website.