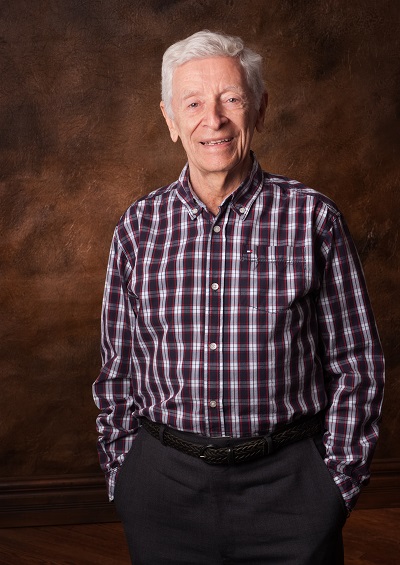 ADL’s 38th annual Governor’s Holocaust Remembrance Program will take place this year on May 2 at Temple Emanuel in Denver at 6 pm.  The program will feature Holocaust Survivor Gene Klein in conversation with his daughter, author Dr. Jill Klein.  Gene’s experience is captured in Jill’s book We Got The Water that tells the story of Gene and his family before, during and after the Holocaust.

When asked about his decision to start speaking about his story of survival, Gene recalls how he was at a monthly meeting for Holocaust survivors in Miami, Florida when an individual in charge of documenting the experiences of survivors in Hollywood, Florida asked if anyone would be willing to speak to students in the area. Gene had never spoken about his experience during the war, but agreed to do so the next time an opportunity presented itself. A few months later, Gene went to a local school at which the sum total of the students’ Holocaust education was reading and discussing Night by Elie Wiesel. Parents, students and teachers listened while Gene spoke for the first time publicly about the horrors of the Shoah and the resilient mindset that he believes enabled him to survive.

“I was overwhelmed by the outpouring of emotion by the students and especially the parents who one by one came to shake my hand and hug me. I knew then how critical it is to have a survivor give a first person account about how terrible it was, so that students can have deeper knowledge and true understanding.”

After that first presentation, Gene started getting phone calls as news of his talk was shared with the community. Starting with synagogues and churches in the area, Gene continued to speak of his experiences and over the past ten years has addressed international audiences including in Australia, where his daughter Dr. Jill Klein is a professor at the University of Melbourne. Gene even teaches a course on resilience at The Villages, Florida, where he now resides, entitled “How To Survive A Concentration Camp.”

When asked why the message of the Holocaust is still relevant, Gene says, “The rise of extremism in our country today reminds me of the rise of Nazi Germany in the 1930s. This is how it started. We can’t let them get away with this behavior. If you don’t respond, it emboldens people to continue to act. We need more people to stand up and say ‘this is not the America we should be’, and that’s why at age 91 I am still speaking out.”

Get free tickets to this year’s program here.