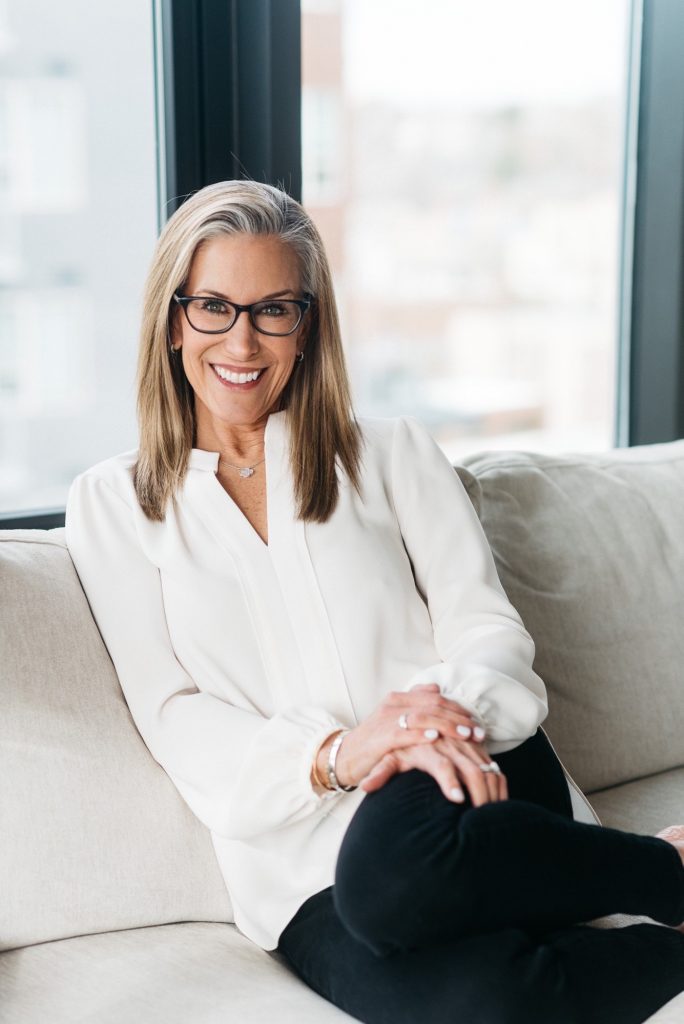 In this month’s Spotlight, ADL Mountain States Regional Board Member Rebecca Gart shares why her father is one of her biggest role models and the reasons she’s passionate about the work of ADL.

ADL: You’ve been an ADL board member for three years. What motivated you to join the board, and why do you support ADL as a legacy donor?

Rebecca Gart: Antisemitism has grown exponentially over the years. A few examples include the Charlottesville rally with racists thugs shouting, “Jews will not replace us,” the Tree of Life synagogue shooting in Pittsburgh, and the murders at El Al terminal at Los Angeles airport in 2002. We cannot ignore this hatred. There is no place in our community, or anywhere, for antisemitism or any form of intolerance. There has also been a dangerous rise in antisemitic acts around the world, and they are causing extreme amounts of pain and damage. The Holocaust did not start with bullets and gas chambers; the Holocaust started with words, including Mein Kampf. I have personally faced antisemitism throughout my life and joining the ADL board has given me the resources to become an advocate for change. ADL has taken responsibility for being an agent to tackle injustice in this world, and I am proud to be part of this effort.

I became a legacy donor because I want my work and passion for the ADL to be the most lasting and powerful action I can take as a Board member and advocate. To include ADL in my estate plans means that I’m giving back to my history and culture, and honoring my ancestors who were killed in the Holocaust. I’m remembering them and fighting against antisemitism and every form of hate and prejudice. This is my legacy — to never forget and never let it happen again. The gift of estate planning is also a lesson for our children – hopefully they will want to follow in our footsteps and make a long-lasting gift to a nonprofit or philanthropic organization. We want to let giving be our legacy.

RG: There are so many people who have served as role models for me, but here are just a few: Malala Yousafzai, for becoming a public advocate for women’s education; Ruth Bader Ginsburg (RBG), for fighting for women’s rights, same-sex marriage, women in the military, and so much more; Gloria Steinem, for her focus on issues of sex equality, race equality and reproductive rights; Nelson Mandela, for being one of the greatest champions of social justice in the past century and helping to topple South Africa’s racist system of apartheid; Martin Luther King, Jr., who could have stayed home, raised his family, preached from his pulpit, and used his fists, but instead took responsibility for confronting racism and injustice through peace; Susan B. Anthony, who fought for the rights of labor, equal pay for equal work, and who played a pivotal role in the women’s suffrage movement; Billie Jean King, for advocating for women tennis pros to earn equal pay and support themselves and their families the same as men; and Rosa Parks, for her activism in the civil rights movement and for refusing to sit in the back of the bus.

And, of course, my dad, David Broida, who is perhaps the most altruistic person in my sphere. Although through others I have learned from afar, throughout my life I have I watched my dad up close help those in need. His tireless efforts have impacted countless lives, from assisting refugees through HIAS, feeding AIDS patients in the 1980s, raising money for drought victims in Ethiopia, and teaching young under-represented tennis players at Legacy Tennis Center in Philadelphia — his generosity and caring know no bounds. In addition, my dad’s political work through Democratic Jewish Outreach Pennsylvania has helped to promote and elect officials and nominees to make serious change for the better. My dad is a connector at the highest level, helping people from all walks of life build each other up to live richer, more fulfilled lives. Every day, I am in awe of my father and eternally grateful for the lessons he has taught me.

RG: I would welcome members of our community to join ADL in creating systemic change, educating others about how to confront bias, promoting healing, and helping to build a sense of belonging. Confronting intolerance is a central commitment to ADL, and we must understand the impact of individual actions if we are to fight them.  If someone is committed to positive change, I think joining ADL and other anti-hate organizations is the perfect example of how one can do more together than individually. It’s time to build a community and a world that are safe and welcoming for all people and identities.