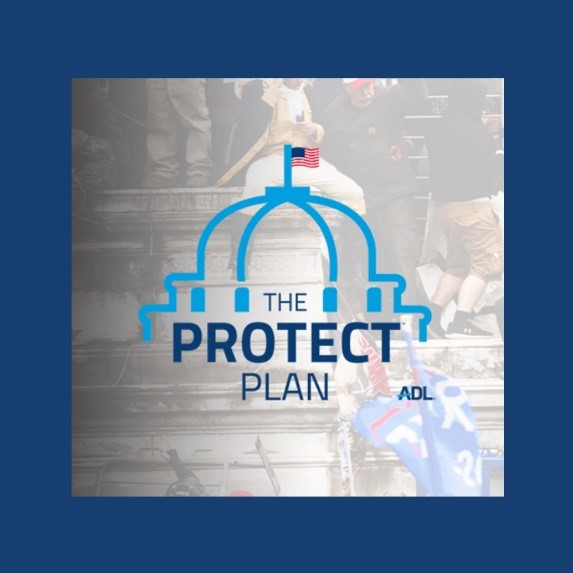 On January 6th, Americans watched as an insurrection fueled by violent conspiracy theories and white supremacy gripped the nation and attacked our democracy. Unfortunately, this type of domestic terrorism threat was not a surprise; it is a threat the Anti-Defamation League has been warning about for many years – one ADL warned law enforcement about immediately before the tragic events unfolded.

That is why ADL has created the PROTECT Plan – a comprehensive, bipartisan plan to mitigate the threat of domestic terrorism while protecting civil liberties:

ADL recently hosted Josh Geltzer, White House Special Advisor to the Homeland Security Advisor on Countering Domestic Violent Extremism. Mr. Geltzer led the process for developing the new White House Strategy to Counter Domestic Terrorism, the first-ever strategy of its kind. The strategy is remarkably similar to the ADL PROTECT Plan , with some notable differences, as outlined in our recent op-ed on the topic.