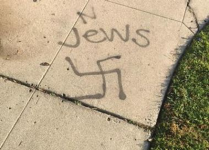 Since the beginning of 2018, ADL has responded to a number of anti-Semitic incidents in New Mexico, including allegations of bias against high school and college students, an incident in which a mezuzah was ripped off the door of an apartment, and an allegation of discrimination against a Jewish teacher who took authorized time off for a Jewish holiday.

Over the past year, ADL has also responded to troubling content in New Mexico newspapers, including articles in the Santa Fe New Mexican, Albuquerque Journal, and an editorial cartoon that appeared in the Santa Fe Reporter. 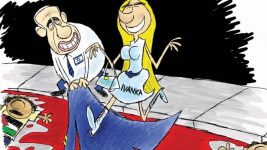 ADL remains committed to responding to anti-Semitism and bigotry in all its forms. To report an incident, please go to: http://www.adl.org/report-an-incident.