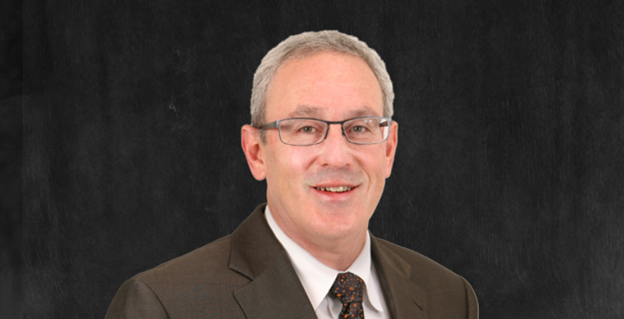 Peter W. Burg J.D., a senior shareholder at Burg Simpson Eldredge Hersh & Jardine, is one of America’s leading trial lawyers and one of the country’s foremost legal experts handling claims for persons with traumatic brain and/or spinal cord injuries.  In addition to negotiating numerous multi-million dollar settlements on behalf of his clients, Burg is committed to educating the public about the consequences posed by these injuries and to help individuals understand their legal rights. He is also the recipient of numerous honors and awards.

Burg has been involved with the ADL Mountain States Region for many years, including several years as an ADL Regional Board Member. We recently asked him to answer three big questions.

ADL: What motivated you to join the ADL Mountain States Regional Board, and why do you support ADL?

Peter Burg: My involvement with ADL came from a desire to be involved with an effective social justice organization in addition to my other philanthropic commitments and career activities practicing law.  I’ve always believed that in my profession, and as a Jew and human being, I have a responsibility to “give back” to the community and raise my voice against injustice. ADL’s mission and commitment to combating discrimination and bigotry were an ideal fit. Additionally, I have been well acquainted with and greatly respected numerous people who were involved in local leadership with ADL.

In recent years, I found increased engagement with ADL to be incredibly beneficial to overcome feelings of helplessness in the face of dramatically increasing hate crimes, xenophobia, and attacks on fundamental rights and values that I believe are critical to a functioning Democracy and inherent to providing “liberty and justice for all.” ADL has proven to be at the forefront of the most important equality and social justice issues facing our country today, and uses its knowledge, expertise, and persuasive voice to protect those who are the targets of hate, discrimination, and bigotry while also shining a light on those who are promoting and perpetuating those narratives. I am also particularly proud of how ADL stands up not only against antisemitism, but also works for and with other groups facing oppression, hate, and discrimination.

PB: While my parents were not social activists, they served as great role models for honesty, integrity, and decency. Since my youth, I have gravitated toward social causes and I have been fascinated by the lessons of history. In that regard, I have been awed by the courage of Winston Churchill and his ability to rally the English people to “never surrender” to Hitler and Germany despite daily bombings and the insurmountable odds in being virtually the sole European resistance for an extended period of time.

I also have tremendous respect and reverence for the great leaders of the Civil Rights and Social Justice movements. Fredric Douglas, Abraham Lincoln, and Ulysses S. Grant and their efforts to create freedom and suffrage for those oppressed by slavery come to mind. The giants of the Civil Rights movement of the 1950s and 60s such as Martin Luther King, Jr., Thurgood Marshall, and John Lewis stand tall as well, although I could list many others.

Additionally, being a trial lawyer, many of my role models are great lawyers who have taken on difficult cases and causes of great importance to protect freedom, equality, and the cornerstones of Democracy. These people include lawyer and Justice Thurgood Marshall referenced above, as well as Clarence Darrow, Julian Bond and Morris Dees of the Southern Poverty Law Center. I also have great gratitude and admiration for all the lawyers who battle every day to fight for social justice and accountability in our legal system.

PB:  I’ll start by quoting Churchill:  “Never, Never, Never Give Up!”  Be involved. It’s easy to complain and express frustration, but it’s being engaged and taking action that will eventually create positive change. Indifference and cynicism will not solve the important problems and, in fact, more often serve to exacerbate the problems.  Get educated and learn to listen and be tolerant of people who may see a different path, but who are interested in accomplishing the same goals. Change is hard and often imperfect and sometimes the desire for perfection can impede meaningful progress. That said, learn what truly are your fundamental values that can’t be compromised (e.g., hate is hate and not acceptable). Finally, embrace the journey and understand that there is great joy in being part of the fight for what’s right, fair, and just!